It used to be that senior police, like politicians, would only speak out on drug policy from the safety of retire­ment. These days, however, serving PCCs are taking an increasingly leading role in the call for change, as DDN reports. 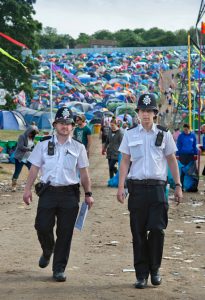 A few short years ago most people would probably not have predicted that it would soon be the police who – as Release recently said – were ‘leading the way in the debate for drug policy reform’ (DDN, March, page 5). But that’s exactly what seems to be happening.

The charity was responding to the latest call by a police and crime commissioner (PCC) to implement radical measures to cut drug-related death and crime rates – in this case West Midlands PCC David Jamieson and his plans for prescribed heroin, diverting people from the courts into treatment, and ‘considering the benefits’ of consumption rooms.

‘Despite the good work being done by many, collectively our approach to drugs is failing,’ said Jamieson, whose region sees half of all burglary, robberies and shoplifting committed by people with drug problems, at huge cost to the public purse. He intends to have as many of his plans as possible in place before he leaves office in 2020, plans that also include training and equipping the police with naloxone and implementing safety-testing of drugs in the region’s night-time economy.

His call had the backing of the PCCs’ membership body, the Association of Police and Crime Commissioners (APPC), and follows similar announcements from North Wales PCC Arfon Jones – whose annual report included plans for a consumption room pilot and to look at decriminalisation as most drug use ‘is recreational and causes no harm’ (DDN, October 2017, page 5) – and Derbyshire PCC Alan Charles. The first PCC to put his head above the parapet, however, was Durham’s Ron Hogg.

It’s now over a year since Hogg announced that he’d asked local public health departments to look at options for introducing heroin-assisted treatment to allow people to ‘stabilise their addiction in a controlled environment’ (DDN, March 2017, page 4), although he’d been a vocal critic of government drug policy as far back as 2014.

Initiatives such as consumption rooms, heroin-assisted treatment and drug testing in nightclubs are no longer just backed by campaigning organisations like Release and Transform, but by august bodies such as the Royal Society for Public Health (DDN, March, page 4 and July/August 2017, page 4) who see them as part of a logical move towards a more evidence-based policy. But why is it that increasing numbers of PCCs are calling for radical reform? The obvious answer is that it’s they and their officers who are witnessing the failure of current approaches on the frontline, so it’s little surprise that they might want to try something new.

This mood was very much in evidence at last month’s meeting of the Drugs, Alcohol and Justice Cross-Party Parliamentary Group, which heard from Hogg, Jamieson and Jones as well as Derbyshire PCC Hardyal Dhindsa – who also serves as the APPC’s alcohol and drugs lead – in a roundtable discussion on ‘advancing an evidence-based approach to drug policy’.

‘It’s time for us all to show some leadership on this – it’s about us doing the right thing,’ Hogg told the group. ‘We cannot continue with prohibition, we’re just putting millions of pounds into the pockets of organised crime. It’s a crazy waste of money – policy has failed.’

In his 30 years as a drugs officer he’d seen only worsening problems, he said, and the background of constantly shrinking budgets meant that it was ever-more vital that money was spent as wisely as possible. While it was his call for heroin-assisted treatment that had unsurprisingly made the headlines, this was only ‘one small aspect’ of what needed to be done, he said – and one that would also help to cut out a ‘pot of money’ going to organised crime. ‘We must not criminalise addicts, but those who deal,’ he told the meeting. ‘We need to treat drug users in a different way to how we do at the moment.’

His Towards a safer drug policy document from July last year advocates a fundamental review of the Misuse of Drugs Act, and of UK drug policy in general. The Act’s effectiveness has never been formally evaluated, it argues, ‘despite overwhelming indications of failure’, while the current legal framework is both confusing for the public and fails to ‘correlate with evidence-based assessment of relative drug harm’. Any review should also ‘consider all international experiences in order to ascertain a more effective way forward’, it adds.

David Jamieson’s report from earlier this year, Reducing crime and preventing harm, shares many recommendations with Hogg’s, such as diverting people from the criminal justice system, but also proposes a move that could help win over those elements of the press not traditionally receptive to drug policy reform – taking money from organised criminals to help fund drug services. ‘Those profiting from the misery of drug addiction should pay for treatment,’ it states.

Jamieson told the meeting that when his team had started to look at the situation in their area some ‘killer facts’ had emerged – not only were there more than 22,000 people using heroin or crack cocaine but ‘children are affected, social services – the costs are enormous. Half of all burglary is to feed a habit, and the cost on all public services five years ago was £1.4bn – just in the West Midlands. All the shootings in my area are drug-related. It’s time to have a grown-up conversation about drugs.’

The first step had been to draw up his report, he said, emphasising the links between criminality and drug harm, and the cost to public finance, and making sure it was a ‘workable and pragmatic’ policy document. ‘We want to put it into action, and we’ve had enormous support – including from the media, as it talks about saving costs to the public purse.’

The main reason that the drugs issue was one that had traditionally not been led on was that it was simply seen as ‘too difficult’, Dhindsa told the group. The fact that the ‘war on drugs’ clearly wasn’t working had had little impact on government policy, he said, ‘but by joining up with different groups, we can make positive steps in the right direction’.

The meeting also heard from a mother whose son had been lured into ‘county lines’ activity by a drug gang, a growing trend that has seen a huge increase in the number of modern slavery case referrals for minors (see news, page 4). This was something that needed cross-departmental action, stressed Dhindsa. ‘The issue is vulnerability – it’s easy income that then becomes something much worse.’

Arfon Jones told the meeting that while as a police officer he’d only been able to make ‘a small dent in the criminal business model’, like other PCCs he was now in a position to genuinely influence policy.

Prohibition did not work, he said, as was evidenced by the fact that towns and cities were ‘swamped’ with new psychoactive substances (NPS) despite them having now been illegal for almost two years (DDN, June 2016, page 4). Regulation could not only help protect children, but help control the high potency levels found in the vast majority of cannabis currently being sold (DDN, March, page 5), he argued.

‘We need to recognise the difference between use and misuse of drugs, and we have a way to go to recognise how important harm reduction is – people will only go into treatment when they’re ready.’ When it came to recreational use, however, money was ‘better spent on those who have a problem’, he stressed. ‘Why do we punish and criminalise people who cause no harm to others? These people need diverting into an educational programme, in the same way as for a speed awareness course.’

‘I’m really passionate about changing this agenda,’ Hogg told the group, and while his calls for a new approach had originally met with little support, that was now changing. ‘It’s incumbent on those who have influence to change policies,’ he said. ‘I can still see their faces – when I go to tell a mother, brother or sister that someone has died. It’s human misery and tragedy, and it’s our duty to do something about it.’