Home News Seizures of cocaine at ‘record levels’ in Europe

Europe is seeing record levels of seizures of cocaine, says the latest European drug report from EMCDDA. Availability of the drug is continuing to increase, along with that of other substances. Over 1m seizures of illegal drugs are now reported on the continent each year, with 55 new NPS also detected for the first time in 2018, bringing the total number being monitored by EMCDDA to 730. 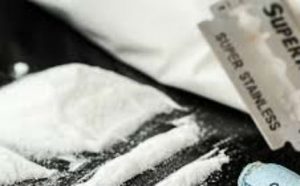 Both the number of seizures of cocaine and the quantities being seized are at record levels, with more than 140 tonnes seized in 2017 – double the previous year’s total. The growth in large-volume trafficking via maritime shipping containers is ‘a major challenge’, says the agency, with the drug’s purity at street level now also at a record high. Cocaine remains the most commonly used illicit stimulant in the EU, with around 2.6m 15-34-year-olds using it in 2017.

The number of people accessing treatment for cocaine for the first time also increased by 37 per cent between 2014 and 2017, and cocaine is now the substance most commonly reported in drug-related emergency hospital presentations in Europe.

EU seizures of heroin also increased in 2017, while the following year saw 11 new synthetic opioids detected, six of which were fentanyl derivatives. ‘With only very small volumes needed to produce many thousands of street doses, these substances are easy to conceal and transport, representing a challenge for law enforcement and customs,’ says the agency.

‘The challenges we face in the drugs area continue to grow,’ said EMCDDA director Alexis Goosdeel. ‘Not only are there signs of increased availability of established plant-based drugs like cocaine, but we are also witnessing an evolving market where synthetic drugs and drug production within Europe are growing in importance. This can be seen in problems associated with the use of highly potent synthetic opioids, in new production techniques for MDMA and amphetamines, and in recent developments in the processing of morphine into heroin inside Europe’s borders.’

Read more on increase of cocaine use in DDN.