Home Features Review of the year 2019

Battered by Brexit, the public went to the polls yet again. In the treatment sector, meanwhile, more long-established facilities are forced to close their doors as the funding crisis goes on.

Read our review of the year in DDN Magazine

The year starts with a warning from the National Crime Agency that more and more children and vulnerable adults are being exploited by county lines gangs, an issue that would remain in the headlines throughout 2019. 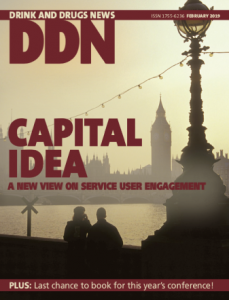 Alcohol-related hospital admissions in England are up 15 per cent in a decade, says the NHS, while Birmingham plays host to Keep On Moving, the 12th DDN service user conference. ‘Every single person sitting in this room makes people like me look good,’ Turning Point chief executive Victor Adebowale tells delegates. ‘You’re the people with frontline understanding.’

Funding pressures see City Roads close after 40 years, while Release warns that the amounts of naloxone being provided by local authorities and prisons are ‘drastically insufficient’. PHE and the Home Office, meanwhile, report a ‘statistically significant’ increase in crack use, driven in part by aggressive marketing.

The government launches its three-year strategy to tackle gambling-related harm, while the NHS strikes a ‘world-leading’ deal with drug companies to work together to eradicate hep C. 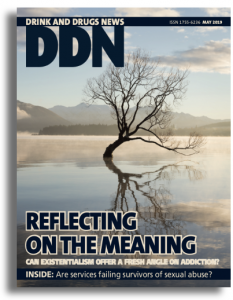 Scotland’s drug-related death statistics are released, and yet again the number is the highest ever recorded. Ed Day is appointed the first ever drug recovery champion.

The number of over-40s in treatment for opiate use has tripled since 2006 says the ACMD, while the Global Commission on Drug Policy states that international drug classification continues to be influenced by ‘ideology, political gains and commercial interests’.

Broadreach House becomes the latest residential facility to close its doors through lack of funding, while ex UKDPC boss Roger Howard pens an open letter to the new drug recovery champion in DDN. ‘First, ditch any idea that you can make any significant impact on local collaboration,’ he advises.

The Children’s Society warns that children as young as seven are being targeted by county lines gangs and, three months after Scotland’s figures, ONS announces another record-breaking drug death toll south of the border. 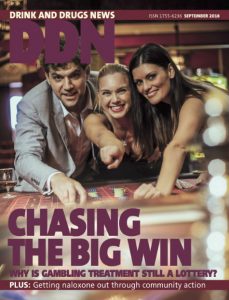 PHE’s long-awaited prescription medicines review finds that more than 11m people are being prescribed potentially addictive drugs – up to a third of them for three years or more. Meanwhile an LJWG report warns that data sharing will need to be radically improved if the hep C elimination target is really going to be met.

A report from the Health and Social Care Committee states that drug policy is ‘clearly failing’ and should be radically overhauled, while ONS figures show that two in five deaths of homeless people are now drug-related. Nick Goldstein tells DDN readers that Brexit could mean even more cuts for drug services – ‘there isn’t much salami left to slice,’ he warns.

After the summer’s bleak drug-related death statistics, NHS Digital figures show that hospital admissions for poisoning by drug misuse have risen by 16 per cent since 2013. The Scottish Affairs Committee becomes the second group of MPs in a fortnight to call for an overhaul of drug laws, while DDN celebrates its fifteenth anniversary with a brand-new look. 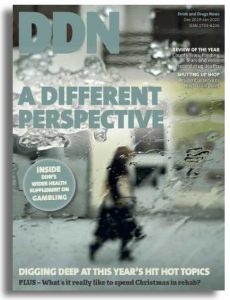 On the day DDN goes to press Britons are dragging themselves to the polling booths for the third general election within five years, while research commissioned by GambleAware finds that 68 per cent of 20-year-olds had taken part in some form of gambling in the previous year. Meanwhile, the DDN team is hard at work putting together the line-up for next year’s service user conference – watch this space!