Home News Prison safety under threat from rising NPS use

The rise in NPS use in prisons has had a serious impact on safety, with increasing rates of violence and self-harm, says the annual report of the Independent Monitoring Boards (IMB). As well as their impact on health and behaviour, drugs have produced an ‘alternative power structure, based on debt, bullying and intimidation of prisoners, their families and sometimes prison staff’, the document states. 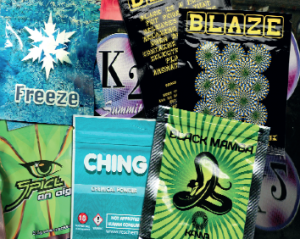 The prison system in England and Wales is now in a state of ‘fragile recovery’ following a lengthy period of increased drug use and violence combined with staffing problems and inadequate rehabilitation opportunities, it says. While some new measures such as the government’s prison drug strategy (DDN, May, page 4) were showing ‘signs of promise’, it was too early to say if they would have any sustained impact, said IMB chair Dame Anne Owers. There were also significant concerns around the number of prisoners with serious mental health conditions who were being held for lengthy periods in prison segregation units.

Every prison has an IMB, with boards ‘across all kinds’ expressing serious concern about the availability of drugs, particularly NPS. HMP Guys Marsh in Dorset saw an average of one NPS-related incident per day last year, while HMP Humber had an average of ten per week in 2017. In one month at HMP Wayland 41 prisoners were under the influence of NPS, of whom 26 self-harmed and five needed to be taken to hospital. At HMP The Mount in Hertfordshire, a drug recovery wing had to be shut down because there were ‘too many drugs’ – when it was moved to another wing, ‘the drugs, bullying and violence moved with it’.

Incidents of reported violence have also increased in ‘every part’ of the closed prison estate, the report notes, from local prisons to high security establishments. Boards in almost all local prisons had reported significant rises in violence and assaults, and rates had doubled in Bedford, Belmarsh, Durham and Wandsworth. Birmingham, meanwhile, had ‘stabilised’ at the level of 120 assaults per month. Boards at women’s prisons were also reporting more problems with synthetic cannabinoids, though to a lesser extent than NPS use in men’s prisons.

‘There is no question that IMBs are still reporting some serious and ongoing problems in prisons,’ said Dame Anne Owers. ‘The decline in safety, conditions and purposeful activity in prisons over the last few years has seriously hampered their ability to rehabilitate prisoners. This will take time to reverse, and will require consistent leadership and management both in the Prison Service and the Ministry of Justice, as new staff, policies and resources bed in.’