The theme of this year’s Hit Hot Topics conference was ‘The Road Ahead’. As each speaker began to explore the theme, it became obvious that we needed to talk about the obstacles in our way. 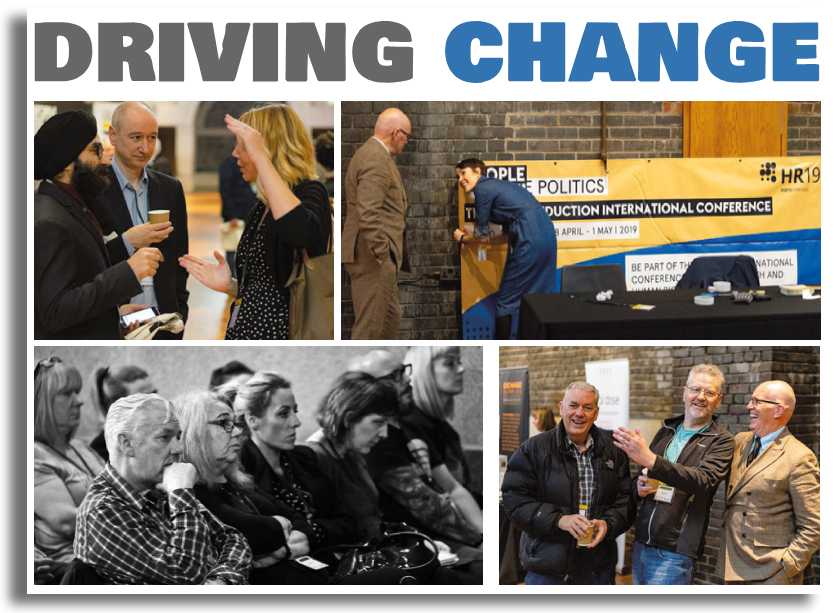 Drug law enforcement was bound to be at the top of the agenda for a conference that cares passionately about harm reduction. While drug use was ‘ubiquitous, right across the population’, drug law enforce­ment was ‘a tool for social control’, said Niamh Eastwood, executive director at Release. Furthermore, it had before a weapon against the poorest and most vulnerable, designed to ‘push people out there’.

‘We have to call out the “othering” of people in society,’ she said. ‘We have to end criminal sanctions for people in possession of drugs’ and instead look at helping them back up into housing and stability. 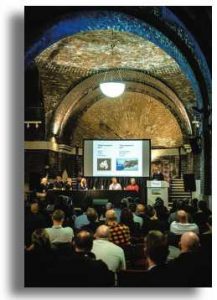 Writer and researcher Imani Robinson asked us to think about the world we were born into. ‘We’re taught to give our trust and to normalise particular things. We believe what is told to us about drugs,’ she said. ‘Think about a time when you felt safe. Did anyone think about police, prisons and surveillance? Yet this is the narrative – that we need these things to feel safe. We normalise these ideas.’

The narrative had become contaminated with racism – not just structural racism, but internal racism, where you are ‘born into a world that tells you are better’ – ‘a whole system of power and privilege’.

‘You can’t talk about drug policy reform without talking about racial justice because they are the same,’ she said, and there was much to do on every level. ‘Myths are used to tell children they’re going to die if they take drugs. We act as if this is real, and that punishment is the best approach to deal with harm and violence.’

To make any progress we needed to take ‘a level of stepping back and realising who we are’.

Neil Woods, chairman of the Law Enforcement Action Partnership (LEAP UK) brought particular experience to the argument for urgent drug law reform. As a former undercover drugs detective sergeant, he had come across corruption driven by the drugs black market ‘a great deal’ within the police force – of which the public knew little.

The only way to change the shape of this market was to accept the need for a radically different approach.

‘At the beginning of the 1960s there was no organised crime related to drugs,’ he said. ‘If people had a problem they got help, and there was no association with theft. We’ve gone from the prescription pad to the hand grenade.’

A high proportion of drug crime was driven by people who used heroin – ‘so the logic of using heroin-assisted treatment is that you take half of the market from organised crime, just like that.’ County lines were mainly about the heroin market, ‘so if you prescribe heroin you take away half of the market that drives child exploitation,’ he said.

Woods believed we needed to be bold in our actions, adding ‘history will judge society in the same way as we judge slavery or the treatment of homosexuality.’

‘Prohibition lies need to be exposed and challenged,’ said researcher and activist Julian Buchanan, who built the case for a human rights approach.

‘There’s never been a global drug problem, but a global drug policy problem,’ which needed to be confronted, he said. Our attitudes and prejudices were built on a ‘social construct’. ‘Drug free’ didn’t exist because ‘we all use drugs’. Alcohol, tobacco, caffeine and sugar had ‘become the components of every social event’ and as state-approved substances, were ‘untouchable’. The idea of banning drugs was based on ‘propaganda and racism’.

‘Prohibition likes to blame drugs for cartels and gangs but they are only the inevitable outcomes,’ he said. Prohibition targeted the poor, the indigenous, people of colour. It undermined public health, encouraged hostility and stigma, increased crime, facilitated lucrative markets and overcrowded prisons. It was an ideologically driven system of oppression, he said.

But when we were calling for legalisation, we needed to be clear about the model we were talking about. ‘We must be united in our push to decriminalise all drugs – a simple step that could be enacted quickly, with little cost. This would enable us to explore full legalisation,’ he said. ‘All drugs should be made available at pharmacies and off-licences, and then through cafes, bars, restaurants and major events. It sounds like uncharted territory, but it isn’t. Alcohol is a state-approved psychoactive drug.’

‘We can do a better job of living with drugs,’ he added, and changing the law would lead to ‘wiser and better-informed choices’.

The distinction between decriminalisation and legalisation was demonstrated by Jay Levy, policy and advocacy officer at INPUD, who described the situation in Portugal, 17 years after decriminalisation. INPUD had held a consultation with the drug user community in Porto, and had found that there had been ‘demonstrable improvements in public health’, including a ‘considerable’ drop in drug-related deaths and a decrease in the prevalence of HIV.

‘The lens has shifted from criminalisation to health,’ he said, but the decriminalisation was only partial, with limits set. Drugs in Portugal were still not legalised, so drugs were still bought and sold on the black market, with their strength and ingredients unknown. So while Portugal was ‘distinctly safer’ for people who use drugs, with ‘less violence, harm from police and stress with dealers’, the situation was ‘complex and nuanced’. Police could still stop and search, and there was still a mandate to confiscate drugs – even if it was just one dose for personal use, which wasn’t a crime, but ‘really problematic for people with little money’.

So while incarceration had given way to dissuasion, this different narrative was not benign. There was a new kind of stigma in focusing on drug use as a health issue. Before people who used drugs were criminals; now they were ‘sick and unhealthy, needing some type of intervention and deviant in some way’.

So while a change in the law was ‘an important first step’, it was ‘not a magic bullet and shouldn’t be the end point in our advocacy,’ he said. ‘People like uncomplicated narratives, but people take drugs for lots of reasons.’

Creating the right kind of narrative was central to Fiona Gilbertson’s work at Recovering Justice. As co-founder, she had spent time lobbying politicians and trying to bring people together to talk about policy reform. Much of the time she had been ‘trying to engage with prejudice’ to bring about change, and had realised that the best tool was the voice of personal experience.

‘I’m tired of people not listening to each other,’ she said. We needed to create spaces so people could make choices without being ‘consigned to criminalisation’. ‘Having conversations will be key – about freedom from oppression and stigma, a movement for peace,’ she said. ‘Recovery is a vibrant social movement – not about the absence of drugs, but about the presence of community. How we engage with it is up to everyone in this room.

How can we help to challenge outdated narratives?

Joshua Haddow is a filmmaker and journalist who has worked on the BBC series, Drug Map of Britain. Engaging with the people filmed for the series had helped him to understand their lives and made him think carefully about how to convey the truth of each person’s situation.

‘When you report on anything you have to make a decision – including whose story to tell in the first place,’ he said. ‘Humanising people who use drugs, and therefore their experiences, is the opportunity you have when you turn the camera on.

But there was a great deal of vulnerability and journalists ran the risk of stereotyping, he said. Drugs in the media were ‘either scandal or hush hush’, but we needed to go beyond the end point of an article being ‘she was on drugs’.

The best a journalist could do was to say, ‘this is what I found’. And the value of personal stories was immeasurable in bringing truth and insight to the report, he said, adding ‘if a reporter calls you, it could be a chance to change someone’s life.’

Working as communications officer with Open Society Foundations had given Alissa Sadler many opportunities to explore effective ways to connect with difference audiences about harm reduction.

She offered a simple framework called GAME, to help a more strategic approach to communications.

A was for audience – who are we trying to get to, who do we need to talk to to get to the next stage? ‘Profile them, meet them where they’re at, bring them along.’

M was for messaging – what do we need to say to people? ‘Hit the heart with the story, the head with the data, then take the hand to move them along.’

E was for evaluation: something to think about before you roll out communications. ‘You need to constantly evaluate what you do, and if it’s not working, change it.’ 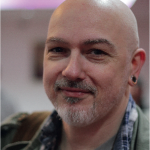