Alcohol Awareness Week 2017 shines a spotlight on alcohol and families, sending the message that support is always available. DDN reports.

Alcohol Concern has partnered with Adfam for this year’s Alcohol Awareness Week, ‘Alcohol and Families’, which runs from 13-19 November. The aim is to promote ‘an honest discussion about alcohol’, particularly when it comes to the stigma that still exists around families affected by harmful drinking. 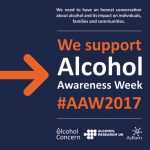 The week kicks off with an All-Party Parliamentary Group on Alcohol Harm session on families, and Alcohol Concern has produced a set of free resources including a comprehensive guide to family support services. The pack also includes infographics and factsheets for parents, carers, children and practitioners on subjects like alcohol-related bereavement, setting up a family support group and challenging stigma. People can also order a set of ‘Rethink your drink’ scratch cards, which contain useful information about units and sensible drinking guidelines.

‘We know how few people who are alcohol-dependent actually end up engaging with services, and then obviously families are even less likely to seek help,’ says Alcohol Concern’s communications manager, Maddy Lawson. ‘Lots of people we’ve spoken to anecdotally don’t even know that there are services available. This week is about trying to get people talking about it, and to try to signpost them towards help.’

‘What we’re trying to do is raise awareness of the fact that there is family support out there – that organisations like Adfam, DrugFAM and Al-Anon are there to support people who are worried about members of their family who may be drinking too much,’ adds the organisation’s director of research and policy development, Dr James Nicholls. ‘One of the main things we’re trying to draw attention to is that people aren’t alone. One of the most common feelings is that no one else is experiencing the same things, so we want to try to raise awareness that there is support out there.’

That sense of loneliness is even more acutely felt when a loved one dies an alcohol-related death, compounding the grief by adding a profound sense of shame and isolation. In circumstances like this it’s vital for people to reach out, the charity urges.

‘The Bereaved through Alcohol and Drugs (BEAD) partnership between Adfam and Cruse has unfortunately come to the end of its funding, but one of the things that came out of that was that people really felt it was a particularly difficult experience,’ says Nicholls. ‘They felt this enormous stigma, enormous sense of guilt and enormous anxiety about how people may react, while some had experienced really problematic reactions from people around them because they just didn’t know how to respond. What came out of it was that it was incredibly important to seek support.’

The simple realisation that other people are going through the same thing can be hugely beneficial, he stresses. ‘Collectively working with each other can be really powerful in overcoming – not the pain of bereavement, because that is what it is – but certainly some of the issues around isolation and anxiety.’

‘I wish we had been able to seek support’ 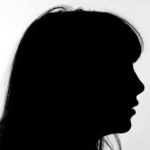 My sister was a 21-year-old university graduate when she first became ill. Seven years later, aged 28, Carys passed away as a result of the irreparable damage alcohol had caused to her body.

Shortly after completing her accountancy degree in 2009, Carys’ long-term relationship came to an end and her life began to fall apart. As a family we started notice worrying changes in her behaviour. I returned home from university for the summer holidays and I was shocked to see the change in my sister. Within a few weeks, it was apparent that Carys was drinking daily. I frequently found bottles of vodka stashed our bedroom and in her handbag.

After much persuasion Carys agreed to attend the GP but, once there, she denied that she had a problem with alcohol and just explained that she was upset following the break-up. The GP reassured my mum that it was most likely a ‘phase’ and Carys was simply sent away with leaflets and advice.

For seven years we battled as a family to get Carys the help she needed to beat her addiction. Many people, including medical professionals, found it difficult to accept that Carys was an alcoholic and often assumed that we were exaggerating the extent of her addiction. Carys didn’t ‘look’ like an alcoholic. She was a blonde-haired, blue-eyed woman in her early twenties. She had a degree, a home and a loving and supportive family – she didn’t fit the bill.

The stigma that surrounds alcoholics, or indeed any addict, followed her and my family throughout her illness. While my sister was desperately ill, I didn’t feel that I was able to share her illness with the people around me. I quickly learnt that if I opened up about it, people were eager to judge, which made an already difficult time harder. Even close friends failed to appreciate the severity of the situation, and I felt very alone.

I have come to accept that many people view alcoholism as a ‘self-inflicted’ illness. This is drastically inaccurate – and besides that, the cause of the illness itself is irrelevant when considering the impact it has on family members. We were still the family of a person with a terminal illness. We were still having to witness our daughter, sister, loved one, deteriorating in front of our eyes. The only difference for us was that we were going through that process without sympathy or support. I wish that we had been able to seek support from our friends and colleagues. That would have made a horrible situation a little easier.

‘We showed her she could manage without alcohol’ 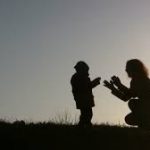 When Kirsty* first came into the Hackney Orbit project, where we provide support to parents with young children, she was struggling emotionally and experiencing high levels of anxiety. With a baby just a few days old, the 40-year-old mother had been referred by her local hospital, where she had been treated for depression and anxiety.

Kirsty recognised that she needed to find new coping strategies as her drinking was putting her child at risk, but she was scared that she would be unable to manage without alcohol. She had a long history of problematic alcohol use, including a period of dependency, and had suffered with depression for many years.

Initially, I worked with Kirsty in one-to-one sessions while she was on day release from hospital. In these sessions we explored triggers, her habits and beliefs about her drinking and her relationship with substances. After a couple of appointments, she agreed to us introducing her and her baby to the stay and play area where she was welcomed by the crèche team, the specialist substance misuse midwife and other service users. This helped to put her at ease and she soon felt able to engage with some of the group sessions.

Kirsty maintained abstinence from alcohol use for almost nine months and engaged well with all aspects of Orbit. When she first arrived, her baby was subject to a Child Protection Plan. However, following her positive progress, her case was de-escalated from Child Protection to Child in Need.

Having been with us for just over a year, Kirsty decided to visit her family for Christmas. Her outpatient psychotherapy at her local hospital had just come to an end and this, combined with the season and other complicating factors, resulted in a lapse. She became distressed when she left the family to go home, and began drinking.

She was distraught and struggling to forgive herself, but her relationship with Orbit staff meant she was able to disclose this lapse and address it before it could become a full-blown relapse. A plan was agreed with the multi-agency team (MAT) and she was allocated a family support worker and linked into other community groups.

Kirsty has not drunk for almost a year now and is accessing universal childcare and starting college. Her case is now closed to children’s social care, but she continues to attend one-to-one appointments at Orbit. Without our help, Kirsty would not have been able to access support as the main drug and alcohol services are adult-only services which do not cater for families.

I’m delighted to see Kirsty and her baby thrive. They have both come a long way. Kirsty’s primary trigger for drinking was anxiety combined with isolation, so it’s really pleasing to see her grow in confidence and engage so positively while continuing to develop a support network.

For more information or to download the resources, visit www.alcoholconcern.org.uk/alcohol-awareness-week