We urgently need to become activists once more, argues Nick Wilson in his contribution to The Vision Project. 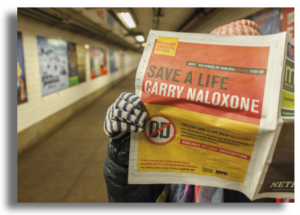 The UK’s well-deserved reputation for developing gold standard harm reduction services was the envy of many countries around the world. From modest beginnings in the 1980s and an extraordinarily passionate and committed harm reduction community, was crafted the level of activism which ultimately brought harm reduction into the UK’s healthcare mainstream.

Credit must also be given to the UK government who at this time, and faced with the emerging ‘AIDS epidemic’, committed protected funding to support the growth and roll out of harm reduction services, most notably the provision of needles and syringes for people who inject drugs. Rates of HIV in the UK today (about 1 per cent of people who inject drugs) are among the lowest in the world and testament to this partnership of activism and political pragmatism.

From the late ’80s the UK began to refine effective skills around engagement and interventions to reduce harm among people who inject drugs. The four cornerstones of harm reduction – needle and syringe provision, substitution therapy and methadone, treatment for hepatitis C and HIV and the prevention and reversal of overdose – established our role as agents of behaviour change within this inclusive, non-judgemental, low-threshold environment. 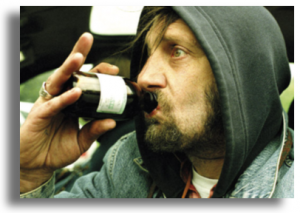 We have been effective at reducing the risks associated with injecting drug use and developing initiatives which deliver some of the most cost-effective health interventions of any kind. It is estimated that for every £1 spent on harm reduction, £4 is delivered in return in health and social gain. This was achieved by tenacity, commitment, compassion and years of activism at a time when our communities would rather see people who inject drugs locked up rather than understood, treated and supported.

However, despite achieving the inclusion of harm reduction within mainstream healthcare, the attitudes of the public have not changed towards people who inject drugs. Look beneath the thin veneer of acceptability for harm reduction in our communities and there remain the same pernicious and ignorant views about drug use which are ill-informed but ensure that people who use drugs remain some of the most marginalised in our society.

This is due in part to the UK government’s insistence that drugs and drug use remain illegal and the fear and ignorance within our society that leads many to believe people who use drugs should be locked up rather than helped. Society does not see them as worthy of compassion and healthcare and resents ‘their taxes being spent’ on injecting equipment and treatment. It’s also due to the failure of a truly representative and sustainable model of a service user involvement movement, which would have helped ensure service users’ views and rights were central to the planning, funding and commissioning process at both the political and service delivery level.

Sadly, since 2010, England has systematically disinvested in harm reduction. The political firestorm debate of 2008 saw the abstinence model of intervention win out over harm reduction, and the government’s new drug policy in 2010 saw a political shift away from harm reduction. This occurred at the same time as a move in the commissioning responsibility for drug services from the then primary care trusts to local authorities, just as the authorities ran out of money. The ring-fencing of funding for HIV, which supported drug services, disappeared and harm reduction had to start competing for funding against a range of other worthy causes within public health.

There is no doubt that many people have benefited beyond their hopes from the opportunities delivered by the recovery model, but many people who use drugs are so much worse off. In the UK we are experiencing an increase in homelessness, and drug-related deaths are higher than they have ever been. We have now also had the worst HIV outbreak in 30 years, a fact which outside of Scotland hardly anyone knows or talks about.

Many harm reduction services that traditionally provided a front door into treatment services and, no less importantly, a safety net for people who couldn’t manage the treatment options on offer, now provide little more than the distribution of injecting equipment. The systematic disinvestment in harm reduction in England has left many people alone, isolated and vulnerable, without skilled harm reduction workers to do what they always have: engage, support and save lives.

A recent exchange on social media quoted a triage discussion with a new client registering at a needle and syringe programme provided by a large national charity: ‘Whilst going through the triage paperwork to register he was asked his preference regarding administration of substances. He told the worker he was an IV user. The worker didn’t know what that was, so he expanded saying he was an intravenous user. The worker still didn’t know what that meant.’

Does this represent what happens in most drug services? Of course not, but it does happen and it absolutely should not. So many drug services now have staff covering the needle and syringe programme who do not have the required knowledge, skills or even, in some cases, the appropriate attitudes to engage with some of the most marginalised and vulnerable people in our society.

In this environment, good quality harm reduction cannot happen and we have little hope of reducing or ending the harms and social isolation of drug users until there is enough political will to develop a drug policy which truly reflects the value of human life. Naloxone is not the answer to saving the lives of people who use drugs. Harm reduction is, of which naloxone is one important component. 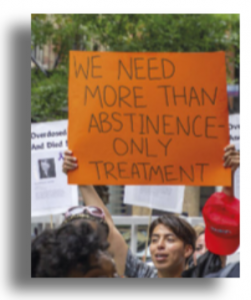 We must celebrate the commitment and compassion of those who work in our field and properly educate, train, mentor and support them. This doesn’t have to cost the earth – it’s not a financial issue, it’s a cultural one. In a world increasingly dominated by pharmacy provision of syringes, we appear to have forgotten how to like and respect people who use drugs. If we lack positive enthusiasm and optimism, what right do we have to expect this in others?

Services must properly support our amazing colleagues to once again create the culture of acceptance and engagement, save more lives and improve the health of people who inject drugs. We need to reimagine how harm reduction can work in this austere climate and, yes, maybe this also means we need to rediscover a new style of activism to once again make a difference by keeping people who inject drugs alive and well.

We must also engage with our communities in a way that encourages them to reframe their understanding of drugs and the people who use them. We have to challenge attitudes and break down the barriers that prevent society from feeling compassion, understanding and acceptance for people who make life choices that can carry risk.

This health inequality is perverse and is perpetuated by a political policy which continues to classify people who inject drugs as criminals, fails to support harm reduction and does nothing to challenge society’s perpetual exclusion of people with genuine health needs. In the absence of any political will to address this, our only hope is that the field can become activists once more and bring about the change we need.

We did it before; we can do it again.

A need for vision

Developing Health & Independence (DHI), a West of England based social exclusion charity are marking their 20th anniversary this year with The Vision Project. This series of articles, podcasts and events is exploring the question of how they can achieve their vision to ‘end social exclusion by ensuring that everyone has their basic needs met and is able to thrive by contributing to the richness and wellbeing of their community’.