Home News Afghan opium production up by almost 90 per cent

Afghanistan’s opium production has increased by 87 per cent this year, according to the latest UNODC survey. Production now stands at a record level of 9,000 metric tons, with the area under opium poppy cultivation also increasing by 63 per cent since 2016, to 328,000 hectares. 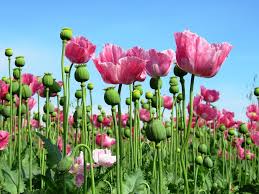 Opium yield per hectare is also up, says the agency, while in the Helmand province alone the area under cultivation has increased by almost 64,000 hectares, or 79 per cent. Poppy cultivation has also expanded to new regions.

Afghanistan is the world’s largest cultivator of the opium poppy, with the record levels of production and cultivation creating multiple challenges for the country, its neighbours and destination countries for Afghan opiates, says UNODC. ‘More high quality, low cost heroin will reach consumer markets across the world leading to increased consumption and related harmful consequences,’ it states.

The increases were ‘dizzying’ and represented ‘a profoundly alarming trend’, said UNODC executive director Yury Fedotov. ‘For both Afghanistan, and the world, we are heading towards uncharted territory. These frightening figures should give considerable pause for reflection on whether the calculus on the illicit drugs flowing from Afghanistan adds up to a workable and achievable solution.’

‘New actors and markets’ were also likely to emerge, he warned. ‘Some of these new actors may be terrorist groups attempting to use the drug trade to finance their global operations.’