Scotland has seen a fourfold increase in drug-related hospital stays in the last 20 years, according to the latest figures from the Scottish NHS. Rates have increased from 51 to 199 stays per 100,000 population, with a ‘sharper increase’ seen in recent years. 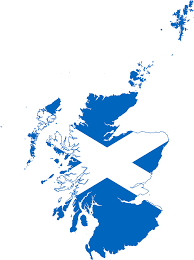 However, admission rates for 15-24 year olds are also increasing, with the 2017-18 rate the highest in more than a decade. Around half of all patients with a drug-related general acute or psychiatric hospital stay lived in the country’s most deprived areas.

‘These figures are of great concern,’ said Scottish Drugs Forum (SDF) CEO David Liddell. ‘It highlights very clearly the need for greater and targeted interventions with this population both within the hospital setting and in the community, which can reduce unplanned hospital admissions. This will save the NHS resources and deliver a better service to people with a drug problem.’

There were examples of good practice however, he said, such as drug and alcohol nurse liaison posts situated in hospitals. ‘These posts aim to assist people in getting appropriate care while in hospital and help link people up with appropriate community based services.’ The trend in increasing admission rates for younger patients was also ‘worrying’, he added, and mainly linked to cocaine and cannabinoid use.

Meanwhile, a report from Audit Scotland shows a 71 per cent increase in drug-related deaths in Scotland since 2009, with 76 per cent of fatalities now in the over-35 age group. The 2017 figure was the highest ever recorded, at 934 (DDN, July/August 2018, page 4), with the 2018 total – due to be published this summer – expected to be higher still.

Drug and alcohol services: an update at www.audit-scotland.gov.uk