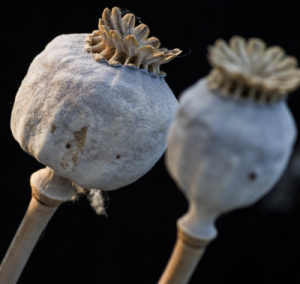 Since the ONS released the drug related death statistics on the 15th August, we have seen responses from the sector attempting to explain this continued growth in drug related deaths, and the measures that can be taken to reverse this trend.

A default narrative is that this is an ageing cohort. Indeed, those aged between 40 and 49 years had the highest age-specific drug misuse rate at 125.7 deaths per million people. However, this group clearly are not old and it begs the question of where else in the health, or any other sector, would those aged between 40-49 years be classified as ‘old’?

Others call for overdose prevention sites and heroin assisted treatment. Both are legitimate and evidenced-based suggestions, but they would require additional funding that is separate from the traditional local authority funding.

We are now more frequently hearing about better access to OST and longer duration and optimisation for those that require it. A call for increasing access to harm reduction is also being made, both to reduce deaths and the harms caused. By improving in these two areas, along with the upscaling of Naloxone provision, we can have an impact on drug related deaths.

It is worth noting that prior to 2010, the delivery of OST and harm reduction in the UK was envied by many across the world. So, what went wrong and why did these interventions go into reverse? The introduction of the 2010 Drug Strategy heralded a change in direction from the previous strategy, whereby the emphasis was on waiting lists, retention in treatment, prescribing and harm reduction.

In contrast, the new strategy was about supporting people to have a drug free life, freedom from dependence on drugs and alcohol. To accelerate this process, targets were set for drug free exits and payment by results was introduced in order to incentivise providers. The process of re-tendering was occurring with increased frequency and any provider bidding for these contracts had to ensure that their recovery makeover would yield results (more drug-free exits).

Why is this important? Well, to engage in this process and deliver on these targets for almost 10 years takes a significant change in workforce culture. The cultural change that has taken place cannot be underestimated in moving from a predominantly harm reduction treatment workforce to a recovery-focused one.

The evidence for accessible and optimised OST alongside well delivered harm reduction not only reduces harm, it ultimately saves lives.

Most organisations will now be encouraging this approach in the knowledge that it could have an impact on reducing drug related deaths. It will also be acknowledged that this change being directed at a strategic level is not being fully embraced on the ground. This will be a source of frustration to some but is to be expected, responsibility for organisational culture sits firmly with the organisation. The sector moved from one extreme to another, harm reduction vs. drug free exits, it now needs to be re-balanced.

We can no longer sit back as bystanders. We need to acknowledge… read more.

DDN magazine is a free publication self-funded through advertising.

We are proud to work in partnership with many of the leading charities and treatment providers in the sector.

A full version of this article is available on