After running for 25 years in Glasgow, Phoenix Futures’ Scottish residential service has moved to a new home within the city. 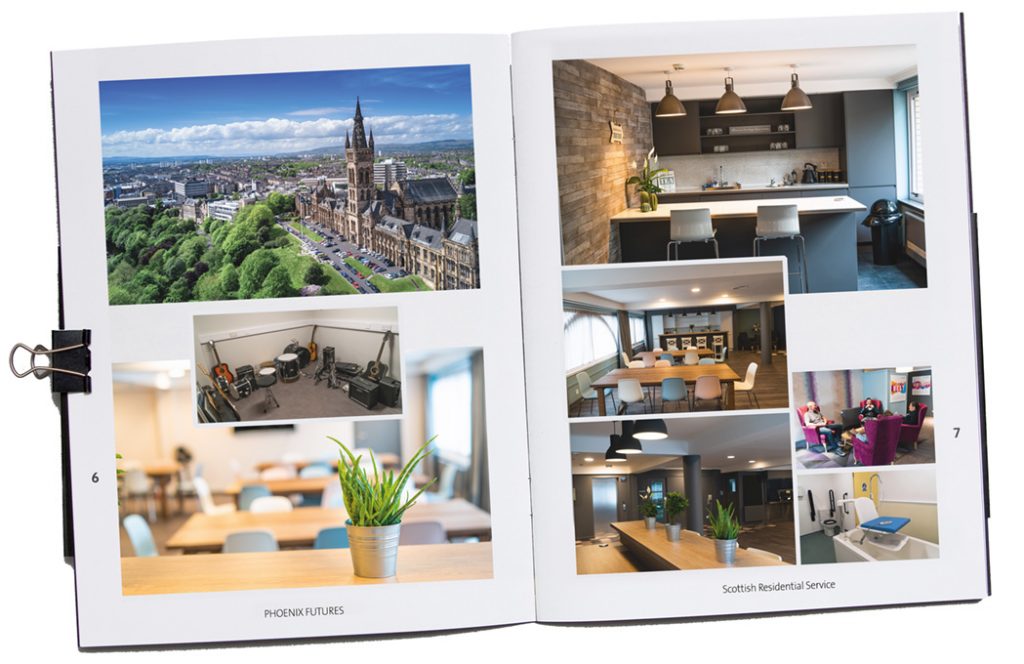 ‘Our Scottish residential service holds a very dear place in our hearts’, says Phoenix Futures’ chief executive Karen Biggs. ‘For thousands of people it’s where their recovery began.’ But the changing needs of service users and a desire to create a fully accessible building meant it was time to move to new premises.

The service houses one of the only therapeutic communities in Scotland. It operates on a peer-led model, with members taking ownership of the whole community’s recovery plans.

The staff at the house try not to interfere, but have a structure in place that works well to ensure a harmonious environment.

The community’s inclusive model runs right through all aspects of day-to-day life, with members taking charge of cooking, cleaning, and tending the garden. Residents have also been involved in designing the house, right down to choosing the wallpaper and colour schemes – ‘which has made sure the service has a personality that reflects the people who will use it,’ says Biggs.

Offering both three- and six-month programmes, the service works with community members through three distinct stages. The first stage in the welcome house is about establishing a commitment to the programme and a desire for long-term recovery. After this, residents move to the main house for the primary stage, which involves members telling their stories.

‘This is a big part of the programme,’ says head of house, David Brockett. People are more often than not revealing traumatic experiences that have had a direct impact on their lives and their using. This process is a chance for people to begin to develop self-acceptance and, through peer-support, ‘start to feel a bit of love’, he says.

When they are ready, residents move on to a senior stage that gradually reintroduces them to life in the wider community. They take part in in-house courses, while also being expected to commit to at least 16 hours a week attending college or volunteering projects outside of the house. It’s a very gradual process, with the emphasis on staying safe and moving towards employment and independent living, at the right pace for them.

Once residents have completed the programme they can either return home – or as many of the members are from Glasgow, they go on to rebuild their lives within the city. The service works closely with local housing associations, some of whom have property in areas needing regeneration. 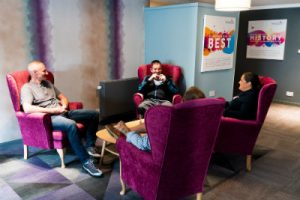 Many of these see graduates of the service as very desirable tenants. ‘They like abstinent guys who want to be involved in the community, and get involved in local volunteering projects and groups,’ says Brockett. Around the city, mini Phoenix projects are sprouting up where former residents are able to make positive changes in the wider community.

Having the new premises has meant the service has been able to help even more people and since it opened in the spring, referrals have increased. ‘It’s a funny feeling, but sometimes I would be angry that the old building was holding us back,’ says Brockett. ‘This new building allows us to offer services to people we couldn’t reach before.’