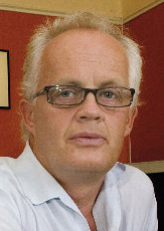 Efforts to stop drugs from being smuggled into prisons are failing – so why aren’t we tackling prisoners’ drug use through universal testing, argues Neil McKeganey

Successive UK governments have acknow­ledged that it is all but impossible to stop drugs getting into prisons. For many people, that acknowledge­ment will seem utterly inexplicable. Prisons represent the single most controlled environment on the planet, and if you can’t stop drugs getting into prison what possible hope is there of stopping their proliferation anywhere else?

An estimated 38 per cent of prisoners in Scotland have used illegal drugs in prison, and a quarter of prisoners in England say that drugs are easy to get. The arrival of legal high drugs, which are harder to recognise and easier to conceal, only makes the challenge of stemming the flow of drugs into prison that much harder.

If we are unable to stop drugs getting into prisons, then perhaps what we should be doing is switching our focus to stopping drug use. Drug testing is our best means of identifying what substances an individual has used, and whether that use is recent or in the distant past. We can identify the use of cannabis, cocaine, heroin and a host of other drugs. At the moment though, drug testing programmes are used within prisons on a limited basis, with relatively small samples of prisoners selected for random, though infrequent, testing.

If prisons were instead to mount a massive programme of regular and exhaustive drug testing of all prisoners, the entire environment of prison-based drug use would change. Out would go the statistically small risk of having your drug use identified, and in would come the certainty that staff would identify which prisoners were using which drugs, and with what frequency.

Recent research evaluating the effectiveness of drug treatment in the community has found that when treatment is aligned with regular drug testing, coupled with proportionate, certain, and swift sanctions for those testing positive, the treatment itself becomes much more effective.

There will be those who will object to any suggestion of using drug testing to try to stem the demand for drugs within prisons. Yes it will be expensive, but so too is the current investment in a security system of drug searches and drugs surveillance that is failing to stop drugs getting into prison. There is an analogy here with our capacity to tackle drink driving. We could provide all the education and all the counselling in the world, discouraging drivers from drinking alcohol, but the game changer in tackling drunk driving was the breathalyser – the capacity to ask a driver to blow into a tube and get an immediate read-out of his or her alcohol consumption. It was the certainty of that measure and the knowledge of the punishment that would follow that enabled us to tackle the problem of drunk drivers.

Effective prison-based drug treatment and rehabilitation could become the norm rather than the exception, and we would have made a major advance in tackling our drug problems within wider society. The alternative? Continuing costly investment in a system that fails to stop drugs getting into prison, and continuing costly provision of prison-based drug treatment that is undermined as a result.

Professor Neil McKeganey is director of the Centre for Drug Misuse Research, Glasgow. A sociologist who has carried out research on tackling drug problems in Scotland over the last 25 years, he is currently carrying out research evaluating the effectiveness of drug treatment within UK prisons.