A strong message from Addaction’s Mortality Matters conference was that treatment services need to put competition to one side and challenge the conditions that are allowing drug-related deaths to rise. DDN reports. 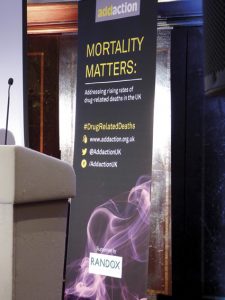 How should we tackle the alarming increase in drug-related deaths head on, asked Addaction’s medical director, Dr Kostas Agath, opening the charity’s one-day conference in Leeds.

‘Drug-related deaths have been increasing year on year for the last three years… we haven’t cracked it,’ he said. The figures – 3,388 drug-related deaths in 2015 in the UK – didn’t give the whole story. He spoke about Martin, who lost his life just recently – and about his mother, struggling to make sense of the gaping hole in her life. ‘Someone, somewhere must begin to ask the right questions. The Martins out there must be someone’s responsibility.’

We could take four steps to reduce drug-related deaths, suggested Alex Stevens, professor of criminology at the University of Kent, setting the scene through his keynote speech. The steps were to care, invest, innovate and integrate with other services. ‘We know these would reduce DRDs. The question is whether we care enough to do something about it.’

There had been a significant increase in opioid-related deaths since 2012 and the government had reacted by banning things (such as psychoactive sub­stances) rather than looking at the contributing factors.

We should be looking at the ‘devastating’ consequences of short-term commissioning and worsening socio-economic circumstances for vulnerable groups, he said. ‘The government is reducing the income of people who are most vulnerable to drug-related deaths.’ And from talking to legal support charity Release, who provide help and advice, he confirmed that ‘people are being given arbitrary changes to their treatment plans related to what their commissioners would prefer to provide.’

Changes in treatment and a focus on recovery had sidelined harm reduction, and there was pressure on services to achieve ‘drug-free exits’.

So what should we be doing? Two of the clearest practical steps were to invest in high quality opioid substitution therapy (OST) at optimal dosage and opti­mal duration, and to provide naloxone to practi 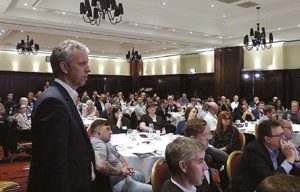 tion­ers, peers and potential bystanders – anyone who comes in contact with a person who could be at risk of overdose.

‘Naloxone should be available and I’m saddened and angry that commissioners haven’t got the message,’ he said.

We need to innovate, he said, and give proper consideration to heroin-assisted treatment, medically supervised consumption rooms, and new routes for administering naloxone.

The links between drug use and breathlessness meant drug users were three times more likely to be admitted to hospital with respiratory conditions, she said, ‘so the impact on health services is very dispro­por­tionate’. There was very poor follow-up, with many feeling that they could not access care or go to their GPs. 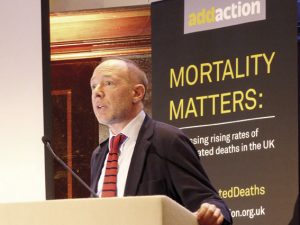 Yet there were simple and effective measures that could engage people in treatment, such as putting spirometry (lung function tests) in drug treatment clinics. Trialing this in Liverpool shared-care clinics had achieved high levels of participation, diagnosis and treatment, with participants comfortable with the idea of having a COPD clinic located in drug treatment.

‘Sometimes we need to go back to principles and make sure we’re doing what we know works,’ said Dr Jan Melichar, consultant psychiatrist and medical director at DHI, South Gloucestershire, who had been asked to talk about ways of maximising treatment to reduce opioid-related deaths.

‘We’ve changed our emphasis from what’s good for people to successful treatment exits,’ he said, and he had clear advice. ‘Get them on doses that work. Suboptimal doses make things worse.’

‘There’s fear of diversion,’ he said. But using buprenorphine as an example, 16mg was the best dose, as ‘at this dose it blocks. It lets them engage with getting better. Choose good clinical dosing and let people choose life.’

With representatives of some of the major treatment agencies in the room, the conference was an opportunity to debate sector-led solutions.

‘This is not a happy conversation to be having – it touches people’s lives every day,’ said Karen Tyrell, Addaction’s executive director of external affairs. It also had a huge impact on frontline workers, and ‘every organisation should be doing more about that’. To reduce drug-related deaths we needed to improve penetration rates – ‘make sure our services are easy to get into,’ she said.

With this in mind, a panel session brought together directors from Addaction, CGL and Turning Point, together with Paul Hayes of Collective Voice, the body representing the sector’s major treatment agencies.

‘We want to develop a shared statement,’ said Hayes. ‘We’re not just looking at overdoses, but excess deaths. This is a population with compromised hearts, lungs, mental health problems, who are in and out of prison and whom the rest of the population shuns.’

There were key areas to look at. These included helping service users to recognise who’s most vulner­able; improving clinical interventions and NHS engage­ment; and making pathways and appointments easier.

‘These things are difficult to na 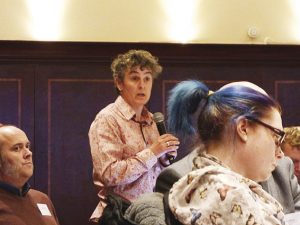 vigate – God help you if you’re in your 40s and have had life experience that leaves you feeling compromised,’ said Hayes. ‘How do we make sure we have a system that has the right balance between offering people recovery but not pushing them into it too early? How do we engage with people who are most at risk – people outwith the treatment system?’

‘We want to be able to move people at risk up the system,’ said Dr Prun Bijral of CGL. ‘Our key workers are really pushed right now – we need to help them…. We need to have ambition. There’s a lack of penetration – people are not seeing our services as attractive. We need to look at the evidence base and prioritise.’

Another challenge for providers, he said was ‘to factor in 30 per cent or 40 per cent for non attendance loss’.

Dr David Bremner of Turning Point agreed with the need to adapt to circumstances. ‘We have to look at what harm minisisation advice is, in the context of massively slashed budgets – people are sometimes late or angry and we have to take this into account.

Bremner wanted to see better liaison to get things done. Getting commissioners along to morbidity and mortality meetings had ‘borne phenomenal fruit’.

‘We now have 100 per cent naloxone penetration,’ he said. ‘When there’s resistance to this, you have to hit it with a sledgehammer.’

Furthermore, he wanted providers to think outside of the usual competitive mindset. ‘We need to, as a group, set industry standards, so no one is scripted without nal 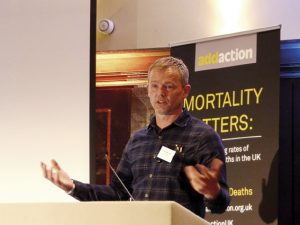 oxone. We also need to break the “dare to share” attitude,’ he said, rather than doubling up to all invest in new things from scratch.

Addaction’s executive director of operations, Anna Whitton, also spoke of the need to look past the competitive element. ‘This is about putting differences to one side, this is about people dying,’ she said. ‘If we find the right partnerships we can make quick differences to what’s happening.

‘We need to listen to service users and facilitate access to appointments, particularly early in their treatment,’ she said. ‘How do we make the system more responsive to people? How can we work flexibly and smarter?’

In Bremner’s view, ‘things we’ve done very poorly’ included accepting payment by results. ‘There are people who are seen as “not engaging”, but they are engaging, such as with the pharmacist. They’re just not engaging with you. We need to be more clinically authoritative.’ Providers also needed to ‘push back against CQC’, he believed, adding ‘I haven’t come across any inspection that’s going to stop deaths’. 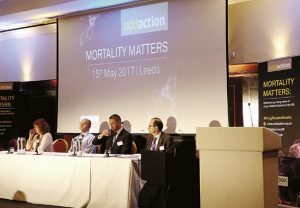 prescribing – but try and get that past CQC now,’ he said. ‘It got people on and into treatment. But I believe we’re moving back to a more robust harm reduction model and low threshold prescribing is part of that.’

‘There is a mood shift,’ agreed Hayes. ‘Harm reduction never went away but it became unfashion­able. As the drug-related deaths agenda comes to dominate, it will be easier to talk in those terms.’

‘Some people just want a safe place to use,’ added Bijral. ‘We have to work with coroners and commissioners. We have to get people into treatment.’

‘Part of shifting the balance sits within treatment services,’ said Harry Shapiro, director of DrugWise, from the audience. ‘Harm reduction has become quaint, or a political watchword for legalisation. But we need to bring harm reduction back into the heart of the mainstream.