More than 1,000 doctors and other healthcare professionals have written an open letter to prime minister Theresa May and health secretary Jeremy Hunt calling for a new tobacco control plan to be published ‘without further delay’.

The signatories, which include five former royal college presidents, say the move is essential to tackle health inequalities. Despite the previous Tobacco control plan for England expiring in 2015, no publication date has been given for a new document. ‘If the prime minister is really committed to social justice she needs to put her weight behind publication of a new tobacco control plan without further delay,’ the letter states. 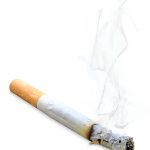 Although smoking prevalence in England has halved in the last 35 years – with less than a fifth of adults now smokers – the highest rates of smoking are found in disadvantaged communities. The letter praises previous efforts to address smoking, such as standardised packaging, advertising curbs and taxation measures, but says more funding is needed for smoking cessation services and awareness campaigns.

The open letter is published in the BMJ, where an editorial also stresses that a future tobacco plan would need to include support for young people to make ‘sound decisions’ regarding health issues. ‘National surveys into smoking, drinking and drug use in schools have shown that smoking amongst young people has fallen consistently over the years and that lessons on smoking have had some impact,’ it says. ‘However, such lessons do need to be contextualised by inclusion in a mandatory, properly planned PSHE programme for all pupils taught by well trained, confident and competent teachers and one that avoids “shock horror” approaches.’

Smoking rates have fallen steadily since the introduction of the first tobacco plan for England, 1998’s Smoking kills, demonstrating ‘the importance of having a clear strategy in place’, according to ASH chief executive Deborah Arnott. ‘We have made great progress in reducing smoking, the leading cause of premature death and disability in this country,’ she said. ‘But we can’t rest on our laurels if we are to continue to drive down smoking rates.  We need the government to implement the promised new tobacco control strategy without further delay.’