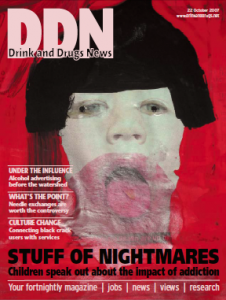 Interviews pulling apart drug strategy are two a penny at the moment – inevitable as the consultation closes for the new strategy. But the interview on Radio 4’s Today programme was particularly disturbing – not just for the the points it raised, but for the way it raised them (page 4).

Yes, it is always legitimate to question how vast amounts of public money are being spent. But to accuse mainstream treatment services of handing out illegal drugs as a reward system to ‘junkies’ was a potential body blow at a time when the field needs all the political support it can muster. Drug workers are used to fighting prejudice and stigma from the public day in and day out, but it doesn’t help to have misleading information aired on the BBC’s flagship breakfast programme, and it’s concerning to reflect on the nature of this attack at such a politically sensitive time.

The shame was that the argument boiled down to such pitiful logic: that drug patients need to be motivated towards treatment with vouchers and incentives – effectively bribed to do anything positive for themselves.

The following morning, Dr Michael Ross featured on the programme to make essential balancing points: that the main reward for patients is that they are entering treatment for themselves. ‘Most patients hate being addicts,’ he said. ‘What’s needed is to reinforce their self-esteem… giving up drugs has to be the patient’s own idea, and very frequently it is’. By his brief statements he rehumanised the argument, taking it back from the plethora of contested statistics and refocusing it on improving people’s quality of life. Of course our drug services always need to be accountable on whether they are effective. But we should not let the assumption raised in the programme – that a minute proportion of drug treatment works and that public money goes towards helping treatment centres to indulge in bad practice – be the inaccurate picture that sticks.